Published on 7 November, 2012 by philsmom in Uncategorized

Election day was today. I saw Phillips ballot come in the mail right before he died and I asked him if he planned to vote in this election. He said yes. I think he enjoyed being a grownup.

Election Day for a 22 Year Old. 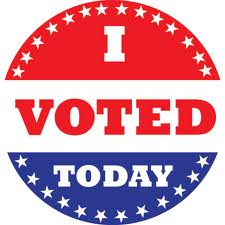 Phillip was 22 when he died just two months before this election. What is Election Day like to a 22 year old? I remember voting in my second election. When Election Day came around it was wet and cold in Nebraska. I voted for Ronald Regan and was so happy about having him as a candidate. I thought he was amazing. Election Day for this 22 year old was a great memory. I don't know what Election Day would have been like for Phil. I only know he was 22.

Only one Presidential Election Day

Today as I voted…I realized Phil only got to vote in a Presidential Election one time. This would have been his second time and he didn't make it. His ballot is still laying in the pile near out kitchen counter. I haven't been able to toss it. It is sort of like I hope he will walk in the door and tell me what a big mistake the police made and that he is not really dead. He was kidnapped and taken to Mexico and it took him two months to escape and get back home.

Phillip I don't know who you would have voted for this Election Day. We didn't discuss it that day. We were still two months from Election Day when you died. So Phillip, they are calling Obama the new Ronald Regan….I don't think so….yet, here is what they are saying….

I wish you were here to vote. How can they have an Election Day without you? Don't they know your vote counts? You are important? They are missing a vote…I wish you were here to hug, to smell, to hear your laugh just one more time, just for a few minutes…I would hold you tight and tell you over and over just how much you are loved and how much you are missed. How important you are and how I just want you back. I would tell you that your vote counts and it just doesn't seem right to count the votes without you here. Of course nothing seems right without you here.