The Car that my Son Died Driving

The Car that my Son Died Driving

Published on 17 September, 2014 by philsmom in Articles by Michelle, Random Thoughts on Grief, Uncategorized

The New Normal – The Birth of a Child

Two years ago, my baby died. My baby was 22 years old and had grown bigger than both his dad and I and yet, he was still my baby. I remember being obsessed with him when he was born. I took photos. I held him. I rocked him. Nursed him. Played with him. Changed him. Bathed him. Dressed him. I spent hours looking at him. Getting him to smile. Listening to his gurgles. My life had changed forever with his birth. There was so much joy. My heart swelled with joy. I had a new normal to live by that was consumed by thoughts of Phillip. Time seemed to go on outside of our doors and inside we were sheltered. It was just pure bliss. We had a schedule, a routine now. Day in and day out it was pretty much the same. Eat, sleep, take care of Phillip. Enjoy Phillip. Play with Phillip. Get to know Phillip. My life revolved around Phillip. JOY. My single friends would call to see him. I would proudly show him off when they arrived. I would tell them what it was like to have a baby and to take care of a baby. Typical new mom stuff. I adored him and so did Paul and Marie.

Who was Phillip Shelton?

Phillip grew as children do. He became a huge part of our family. The love man. The little brother. The big brother. The protector. The one that made peace in our household.  He didn't like conflict. He liked everyone to get along. He was a hugger. He loved to hug. When his brother and dad would box and wrestle, he would watch. He wanted to be part of the bonding but he couldn't bring himself to do it, he was a lover, not a fighter! He was supportive. He was the person who was FOR the other guy. Need someone to pick you up from the airport? Call Phil. Need help moving? He was there.

Waiting to see the Car

September 1, 2014. It's been two years since that fateful day when three police officers showed up at our door. "I'm sorry Ma'am, there were no survivors." Those words still ring loudly in my ears. That was Saturday. By the following Tuesday we were on the road looking for answers. How did he die? What happened?  We were off to visit the crash site and see the car. Once we got there, there was not much to see. The car was impounded and they wouldn't allow us to see it. There was an investigation. We would have to wait. 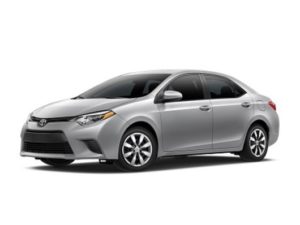 Today was the Day to See the Car

September 16, 2014. Today was the day. The parents of the girl who died in the accident were looking to sue Toyota. They sued our insurance and Phil's insurance. This tied up the car for over two years. We too had to secure an attorney in all of this and our attorney contacted me earlier in the week and said we could finally see the car. It was a Toyota Corolla. The lawsuit was over. It was deemed an accident. The driver was going too fast. The attorney stressed that he didn't recommend seeing the car. It was our choice. After two years, we went to see the car. Well meaning friends said, "Don't do it!"  Others asked, "Why would you want to?"

Why? Because I had to. I had to see the last place my baby was alive. I had to see where he died. I had to see what power could take away the very life of one of the most amazing people I had ever experienced. One of the greatest loves of my life. The strongest force I had ever had up until he was born.  One of the strongest forces I have experienced to date. What was so powerful that it could take that life force away?  Snuff it out in an instant, like blowing out a candle?

When he died, there was no body to hold. I didn't get to kiss his face and count his fingers and hold his hand as I did when he was born. The car caught fire and all we got was a burned wallet with all of his plastic cards melted. This was all that was left of my baby. I had to see the car. I had to know what it must have been like for those who came upon him and tried so hard to save him.

I am Glad I Saw the Car

I'm glad I did it. I'm glad I went. The car was in bad shape. Worse than I had ever seen. If I didn't know it was a car, I am not sure I would recognize it. Everything was melted. The paint, the tires, the seats. It was odd but I didn't cry. I have no energy left to cry these days. I have come to acceptance. Surrendered. My son is dead. He is not coming back. The horror is gone. I am past that. It has gone from the unimaginable, to the imaginable, to the real, to, once again, the new normal. Just like when he was born, my thoughts have been consumed with him every waking moment and now his death is part of my normal daily life. I still think about it and him, a lot….yet, the surrender has finally come.

I think back of my son's little chubby hand secured in mine and walking him at the park. He must have been 18 months old. So trusting. He toddled along and looked at the grass and pointed. He would look up at me and smile a happy grin. I knew he trusted me to protect him. I did. I protected him to the best of my ability. I have worked through the guilt. I know it is not justified and yet, the human mind wants to make sense of things and what better way than to blame the mother and then justify it? I am fortunate to have many tools at my disposal to support me in getting through this. My new normal is starting to become…well….normal. I choose to embrace it. I don't wake up with a sense of dread each morning. I actually can imagine a future.

Today it was raining. I love the rain. He loved the rain. I envisioned him watching us look over the car. He had no energy on it, he was just enjoying the rain like he did when he was small. When he was little, he would put on a rain coat and rain boots and go stand in the rain….for an hour. Just stand outside the door and smile and wave at me. I loved that kid so much. Of course I still do….yet, it is different now. I just loved his presence. I loved being around him. I loved his energy. His smile. His giggle. His hands. His smell. His touch. To the depth of my soul, I loved him. It is weird to use the past tense but that is how I feel. The love is still there…true, Yet, he is not, so it feels right to use it in the past tense. I loved him. I loved him so very much.

I remember when Phillip was about four years old and I took him to a store and got him fingerprinted. It was a missing children's group that was giving out free fingerprinting for kids. They took your child's photo and their prints and put it in a little book for you to take home, you know, just in case. I remember when we were done I sat in the car with Phillip in his little car seat waiting for me to go…..and I sobbed. I cried so hard my body hurt. He reached over and patted me. He didn't say anything. He was just with me. He didn't understand, or did he?  My mind had gone, for a minute, to the fact that I might lose him. What if someone ever took him from me and he was tortured or worse…he actually died? What would I do? How would I handle it?

In that moment, I decided to wipe my tears and enjoy my day with him, so I did. I held his hand. It was something we always did in the car, we held hands. It was a small gesture, a closeness between him and I. It was special. In August before he died, I took him and Ava to lunch. On the way home I held my hand out and he took it. I said, "Phillip, will you ever get to old to hold your Mamma's hand?" He looked at me, smiled and said, "Never!"

« Grieving with Grace
Trinkets of Phil »