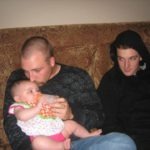 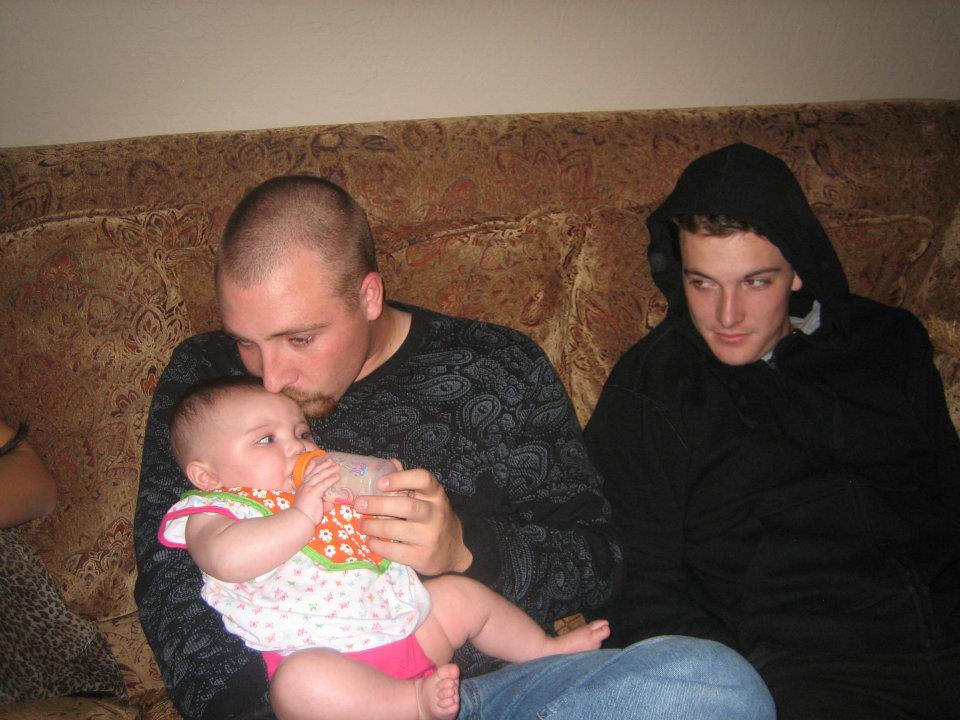 Phillip and Sam were 21 months apart. Phillip was always the good big brother. He taught Sam by example. He was quiet, gentle and patient. Phil was born this way. He came in with nothing to prove. He was here to enjoy life and other people.

Sam was clumsy, loud and reckless. I don’t mean this in an unkind way.  Sam is an amazing child. He simply had “heavy hands” in everything he did from birth. He did not have a soft touch. He jumped in full fledged, feet first and just did it…the quality would come later.

Speaking at the Funeral
At Phils memorial Sam spoke quite eloquently about his big brother Phil. Everyone had been getting up and talking about how they got to know Phil. Sam said, “I didn’t have to get to know Phil. I always knew him.” It was a perfect thing to say.

This was a very true statement. Phil had always been there from the time Sam was born. The overseer, the protector of his little brother. Like his dad. The peacekeeper. The watcher. What stuck with me about Sam was he dealt with the pain of his loss as if one of his limbs had been cut off. We was aloof, alone, tired, disconnected and encouraging. Yes, I said encouraging. It is sort of a weird combination and grief can do that to a person.

He stayed up late at night. Played his music. He wound’t call. Wouldn’t check-in. Didn’t talk to us much. When I talked to him he was busy. I remember calling him at 3:AM one morning when I was overwhelmed with it all. I couldn’t sleep, everyone else was asleep and I felt sick to my stomach and I felt as though I would die. I hoped I would, though I couldn’t, and wouldn’t make that happen for myself. As selfish as I am…I wasn’t that selfish. So I called Sam. The encourager.

“Hey Sammy. You up? Can you talk? I just need to talk to someone.” I said.

On the verge of hysteria now, I sobbed. “I just can’t do this. I can’t go on without Phil.”

He was quiet and listened to me cry as he gathered his thoughts and then said. “Mom. MOM. This is the thing mom, (long pause), you had your time with Phil.”

It was a profound thing to say. I clung to it for a long time and I still revisit this saying from time to time. I had my time with Phil. I had my shot. I spent all the time I had.

In that moment I realized. Paul and I had done an amazing job of raising our kids. Teaching them coping skills for the real world. Teaching them a healthy mindset. I don’t know how I did it exactly because I was a red hot mess.  Perhaps they got it all from Paul. I knew from that moment on that I had to come through this…for them. For Ava. For Paul. For Josie. For Emma. For Sam. For Marie. Even for my little dog who followed me everywhere and seemed to pick up on my sadness. And for Phil. Although, I hate it when others say what Phil would or would not have wanted….how would they know? I do know Phil would want me happy. I know this because he wanted everyone happy when he was alive. It was his way.

Grief is NOT Logical
Grief is an interesting process. There are so many unspoken emotions. There is zero logic. ZERO. When people try to fix it or give words of advice or how to tips, the words fall on deaf ears. It is pure, raw, unbridled emotion. Not only does it not have logic, it actually defies  logic. It is like a dog looking at you when you speak and they tip their head that certain way as to say WTF are you even saying? That’s grief. No understanding. The only path to salvation is acceptance and that takes guts, determination and focus. I don’t think time does it. Although people like to offer up this pat line of “you just need time, or give it some time”, I think pure WILL does it. A mind-set. A decision that you WANT to do it. You want to LIVE.

Unfair Assignments
We now look to Sam to solve the problems that Phil did. To step in and fill Phillips shoes. He doesn’t of course and it is unfair to even have that expectation and this is yet another unreasonable and unspoken quality of grief. At least it has been in our family. Phil was the peacemaker of the world. When people would become emotional, he was the calming force. He brought a sense of peace to those around him. If we would fight he would remind us of our love for each other. If something happened, he would hug and hold. When Sam and I would fight, it was Phil who would step in and reassure me that Sam would come around and apologize for the harsh words he never should speak to his mother. Phil would remind me how much Sam loved me and that he was just upset with the situation at hand. Soon Sam would come walking in with a commanding walk and give me a tight hug. No words. I knew Phil had spoken logic to him and Sam had once again conceded to his big brother. The 21 month authority and respect Phillip had simply by being the first born.

What Sam Learned from Phillip
It must be difficult for Sam not to have that buffer.  Not to have a real outside force who always had his back and made sure he maintained the most important relationships of family. He has never said much about it…nor would I expect him to. I am very proud of my only living son. He has handled his brothers death with dignity and grace. Much as if he had lost a limb. He has learned to accommodate and exercise his weaknesses into strengths. I have seen him be loving, tender, and understanding. I have seen him realize that Phil is no longer there to patch things up. He is more aware of his actions and the affect they have on others. He is a dad. A great dad. Phil would be proud. I am proud. His dad is proud.

I know Phil would be so happy that Sam was learning to have the empathy that came to Phil so naturally.  That Phil patiently taught him when they were together those few short years. They complimented each other and Phil was a great contributor to Sam’s life and Sam was a great contributor to Phil’s life. Phil would not have done as well as Sam has done with this tremendous loss. He had to be the one to go first as he would have crumbled. Sam is strong and has taught me much since the loss of Phil. I wish Phillip could see what a great man his little brother has become…of course maybe he can. Maybe he can. 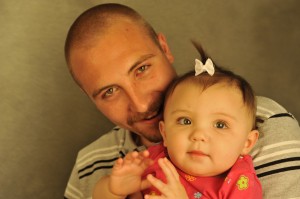